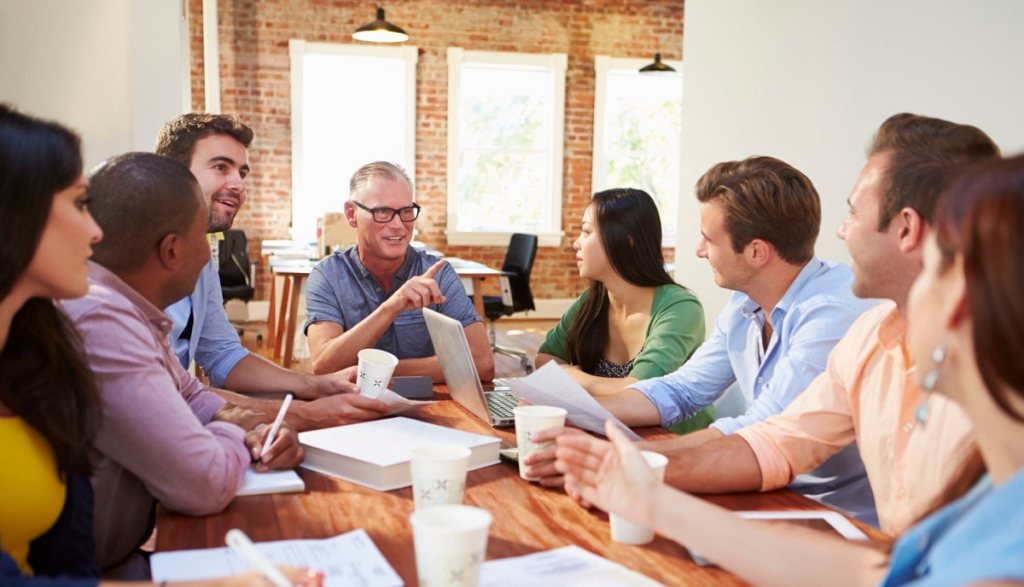 I was sitting in the team meeting holding my head in my hands. It physically hurt.

The whole time I worked on this team, these two never did work it out. The team suffered. Our performance suffered. We all suffered. And we never accomplished many of the great things we could have.

Ever had this experience? I did — several times. And I didn’t have a good solution for this problem until 2009.

For the past 7+ years, I’ve been using a system called Teamability. “Team – ability” — that’s what I needed all those years. Here’s why:

Teamability very clearly and very simply helps every member of the team understand their role on the team, what bugs them, what excites them, what they can do better, and what they do really well. This personal insight is powerful.

Just as each team member sees himself or herself more clearly, the entire team learns about other team members, and sees how the team can work together more effectively. Everyone has a role and a contribution on the team, and it’s incredibly powerful to see how the pieces fit together and how each person affects team chemistry.

For the team leader, Teamability paints a clearer picture of team needs. Are there gaps in roles? Who should our next hire or promotion be? Do we need to improve coherence to team goals? Here’s how I get better performance from my team.

You can try Teamability for yourself and learn more about your teaming characteristics, your natural roles on teams, and how you can achieve better chemistry in your team.

Is Teamabilty a Magic Bullet?

Well, no . . . There is no such thing as a magic bullet, but it is really powerful. Here are some of the experiences I’ve had:

A struggling business team with the two partners who owned the business did Teamability along with their two right hand managers. As we discussed their Teamability profiles together, one of the partners started crying because he suddenly saw how his beliefs and actions had been harming the team. The team retroactively processed the past several years of conflict and found a way to move forward without the angst that had been holding back their teamwork.

The leadership team of a business had some “funky dynamics” going on. Their daily interactions were awkward when viewed from outside, and their closed-door leadership team meetings were sometimes totally out of control with little sense of teamwork. Teamability revealed that two of the leadership team members had difficult teaming characteristics, preferring their own ideas and their own success over the team. Two were incredible team players who were driving a lot of the success in the company. And one had a Teamability profile right in the middle.

Teamability helped her understand that she was, in effect, the deciding vote to determine whether the team would be dysfunctional or coherent. When she chose to see the big picture and drive team results, everyone could win. But if she chose to be focused on her own agenda, there might be little wins, but certainly not the major team victories.

Two young partners in a startup business were stepping all over each other and didn’t have clear roles. The slightly older partner, who was also the senior partner, often jumped into the work of his younger partner and overruled his decisions. This led to some intense arguments. After completing Teamability, the partners were so clearly able to see which roles on the team they ideally filled that they both began to implicitly trust the other to get things done within their own areas of operation. They stopped stepping on each other, conflicts diminished and the company moved forward. In addition to that, they were able to re-align responsibilities for some of their team members to produce better results.

Bob (not his real name) was a technical wiz at his company. He did so well that they promoted him a couple of times to higher levels of responsibility. In his company, this meant more supervision of less-skilled team members as well as a bunch of administrative work. It took him away from the technical work that he loved and at which he excelled.

While this scenario often leads to a star performer failing, feeling bad, or perhaps even leaving the company, in this case Teamability was a huge eye opener. Teamability pointed out to Bob and his boss Bob’s overall communication challenges, showed that he was not wired to do well at routine administrative tasks, and underscored that had incredible potential to continue to lead as a senior peer, rather than a supervisor.

Perhaps the most important thing that Teamability did was to make it clear to Bob from an objective point of view what he already knew as his strengths and what he knew in his heart of hearts was his right fit. It actually helped him get into the best role for him. It also helped the company move ahead with better team performance. And instead of him feeling like a failure, he felt like he had made a valuable contribution on his way up and that he could make an even more valuable contribution — and be happier — in a senior technical role.

So Can I Give Teamability a Spin for Myself?

Yes! For a limited number of people, I can register you to complete the online Teamability experience right on your own computer — at no charge.

Once you complete it, you’ll receive your report and you can see your own “Team – ability” from an objective perspective. I’ll be happy to discuss your report and how you may be able to use this in your business and career.

Of course, I’d be even happier if you loved it so much that you asked to purchase a package for your whole work team to see their Teamability and get on the path to better team chemistry and results. But of course, there’s no obligation for you to try it yourself. Just send me a message or email me: chuck@chuckemail.com. I’m happy to help.