How Do You Know if You’re the
Problem on Your Team? How Do You Fix It?

Lou and Susan ran a successful architectural design firm for nearly 25 years. Lou was the corporate president, and Susan was the secretary and treasurer. As a married couple, it was their dream, because they loved each other, loved working together and loved bringing the joy of design to their clients. They did custom design work, and they also developed their own line of products so that customers could buy off-the shelf designs that still had a unique flair to them.

Through the years, they had grown the company to a staff of 16, but more recently they had reduced to a team of seven, including themselves. Among those seven were their two longest-standing employees, Michael and Donna. Michael was a talented designer – more technical than artistic – and Donna was their business manager.

Lou and Susan engaged me to facilitate their business planning process for the upcoming year. One of the goals they had was to have better teamwork. As I generally do, I asked them to describe what that looked like. Lou was first to speak and said, “We’re all professionals and we respect each other, but sometimes I think people forget that I’m the boss. If I tell them to drop what they’re working on and do what I need them to do, they don’t always listen to me. I’d like a little respect.”

I know that no matter what you might put in your
strategic business plan you will not succeed unless people
can learn to work together effectively to get things done.

Susan sat biting her lip, and I knew she wanted to speak, but it was Michael who spoke up first. “Sometimes I’m trying to finish the project you gave me earlier in the week, and I’m nearly done. But you tell me to drop it, that it’s not as important as some new thing you want the team to start on. I like your ideas – and you have a lot of them – but I wish you would let us finish what we start before you tell us to do the new thing. It gets kind of frustrating because I feel like you don’t appreciate that we’re trying to do the things you want, but it’s always changing.”

Have you been there before with a team like this? I have, and I know that no matter what you might put in your strategic business plan you will not succeed unless people can learn to work together effectively to get things done.

Along with other projects that came out of the planning session, all four agreed that participating in Teamability would be a positive way to understand teamwork challenges and learn how to work together more effectively. We started out with these four – the two business owners and their two their two right-hand team members – with the goal of bringing Teamability to the other employees and future recruits once the main four experienced Teamability.

When working with a tight-knit team like this, here’s the approach I generally take:

I met with each person to go over their report. As usually happens, all felt that the report mostly represented how they saw themselves, but there were a few questions. They were also curious about others’ perspectives – and what role types others had and how they could work together better. I answered questions, and suggested that some of the questions could be best answered by other team members during the group meeting.

Fast forward to the group meeting. In this case, the team members had worked together for a long time. And while there were some tensions, they were used to being amazingly candid with each other. Lou immediately offered to share his Teamability with the group. And that’s when the real magic happened.

“Yes, you’re the boss, and I stop what I’m doing to do what you tell me. Every. Day. That’s what makes it hard to work here.”

Lou shared his role time – action former – and said that he really likes to make sure everyone is organized and doing what they are supposed to do. As the owner of the company, he felt he needed to figure out what everyone should be doing, and then make sure everyone was doing what he wanted when he wanted things done. But he was troubled by something in his Teamability report. And he read it to the group:

“Make sure you are clearly in charge of the actual organizational project. The most aggravating thing is to have others come in at the middle and interfere while they think they are helping you.”

He then said, “Michael, you said before that you think I interrupt you and tell you to work on something else, when really I’m just doing my job and the role that comes naturally to me. I’m supposed to tell you what to do. Remember – I’m the boss!”

There were a few problems with this, however. Lou happened to be diffuse. Under stress (which was just about constant for him), he would lose focus on the team’s goals — such as completing projects and getting paid by clients for the work that really needed to be done. Lou was frequently coming up with new ideas for packaged design solutions, which may not have been bad ideas. Rather than working through a sound business process, he would burst in on Michael and tell him to stop what he was working on to start something new.

An exasperated Michael said: “Yes, you’re the boss, and I stop what I’m doing to do what you tell me. Every. Day. That’s what makes it hard to work here.”

Lou immediately turned to Susan and Donna and said, “I don’t do that to you, do I?” Both immediately shook their heads “yes.” Lou then asked, “Give me one example of when I’ve done that!”

Susan said, “You do it all the time, but I love you. That’s why I’ve put up with you for so many years.”

“Remember last year when I told everyone to stop listening to you and just focus on their work? Remember when I told you that I was not willing to let you run the company anymore unless you stopped bothering people? Remember when you stayed in your office and hardly talked to me for a few days?” Susan asked.

I think you can see where this is going. In a corporation, perhaps Lou would have been fired, or perhaps moved into another role. In a small organization where he was one of the owners of the company – and the man in charge – neither of those were an option.

Fixing Things When the Boss Is the Problem

The fact of the matter is that Lou was my client. I found him to be very likable, and we all – his teammates and I – want him to be happy and to succeed. It took a lot of courage on his part to have candid conversations about himself and his team dynamics. And I’m happy to report that Lou and the team made a lot of progress. Among areas of improvement:

In the end, Lou learned to appreciate and respect his team more. He realized that his spouse and key employees had talents and capabilities that he was not valuing and respecting. By trusting them more, he felt less stress and was more likely to keep track of the big picture.

We also identified Teamability takeaways for every member of the team – real strengths and real opportunities for improvement. For Lou and the team, however, nothing changed until we identified where the real problems were rooted so that progress could be made toward improving team dynamics – and performance.

If you would like to learn more about Teamability I’m happy to help you navigate your own Teamability experience — and hopefully do the same for your whole team.  — Chuck Hall

Note: Names and details have been somewhat modified to protect the innocent and the guilty. 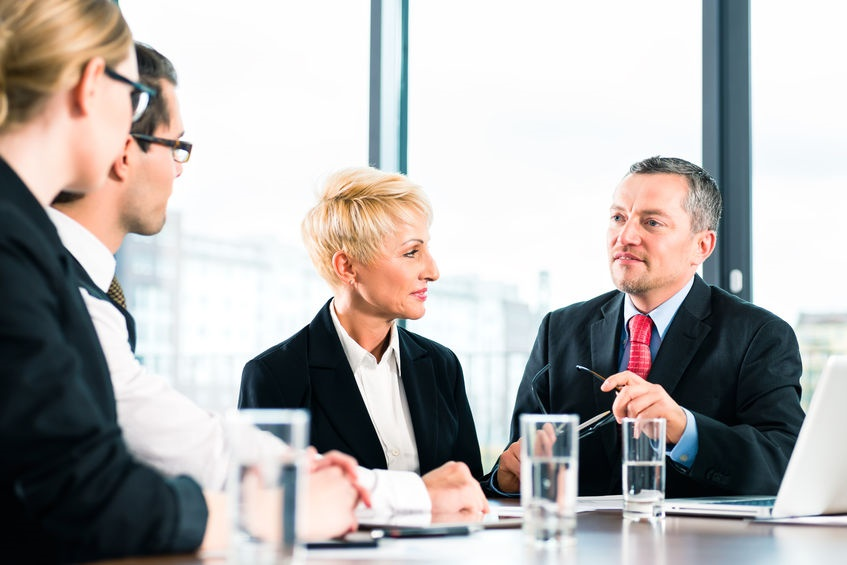